A strap with large holes that resemble a car racing steering wheel from the 70s, transparent caseback with steering wheel motives, chronograph buttons inspired by engine pistons, tachymeter scale - there is no doubt Tissot PRS 516 models belong to racing watches as they confirms their close relationship with motorsport with every detail. The watches are available in several "motorizations": automatic, mechanical with automatic winding, including the new A05.H31 chronograph (ETA/Valjoux 7750). 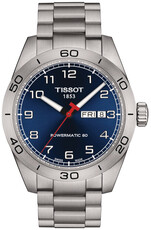 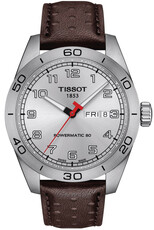 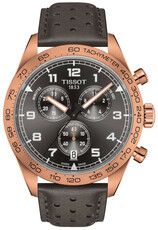 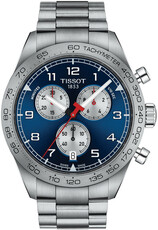 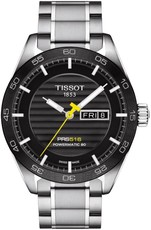 Hodinky Tissot PRS 516 have been inspired by racing cars for decades. In 1965, Tissot first used a strap with large holes in their PR 516 GL watch, which was supposed to resemble the racing drivers' leather gloves. The buttons on the current chronographs are inspired by the engine pistons and the rear view of the device (for automatic models) is decorated with motifs that look like a car racing steering wheel. The most commonly considered alternative to the automatic chronograph PRS 516 is a little more classic PRC 200, T-Sport from the same line, or some Certina Sport models.

The designer of the model said: "To me, PRS 516 is the most prestigious sports watch from the whole Tissot collection. That is why I wanted to add a few luxury details to the original 1965 design, for example the ceramic bezel. This is the first Tissot watch equipped with the new A05 movement (60 hours power reserve) ". A rare thing about this watch are the "floating" indices, which are the reason for the interesting dial 3D effect.

All models have sapphire glass with a double-sided anti-reflective coating, which ensures better readability. The transparent caseback has elements containing racing cars motifs. The glass that protects the movement is also sapphire.

close
Your privacy is important to us
We use cookies to ensure the functionality of the web and, with your consent, also to personalize the content of our website. By clicking on the “I understand“ button, you agree to the use of cookies and the transfer of data regarding the behavior on the website for displaying targeted advertising on social networks and advertising networks on other websites.
I understandDetailed settings