» Blog » Selection of the best

Ah, only if you could have some new divers for the summer. But rather than paying what you could spend on a nice vacation, you might be just better off without them? In our opinion, you don't have to shell out a fortune for a functional, reliable and also good-looking diving watch. Today we have selected for you affordable men's diving watches that we would trust even under the sea level.

In this article, we set a price limit of €285. Below is a selection of men's diving watches where we have set no limits:

What would a selection of the best watches available be without a Casio, right? And the new Casio Duro, which make for one of the best watches in terms of price/performance ratio, belongs all the more to our selection. It's no wonder that even Bill Gates, one of the richest men in the world, liked their previous non-upgraded version. He could afford nearly anything in the world – but he chose these Casios. 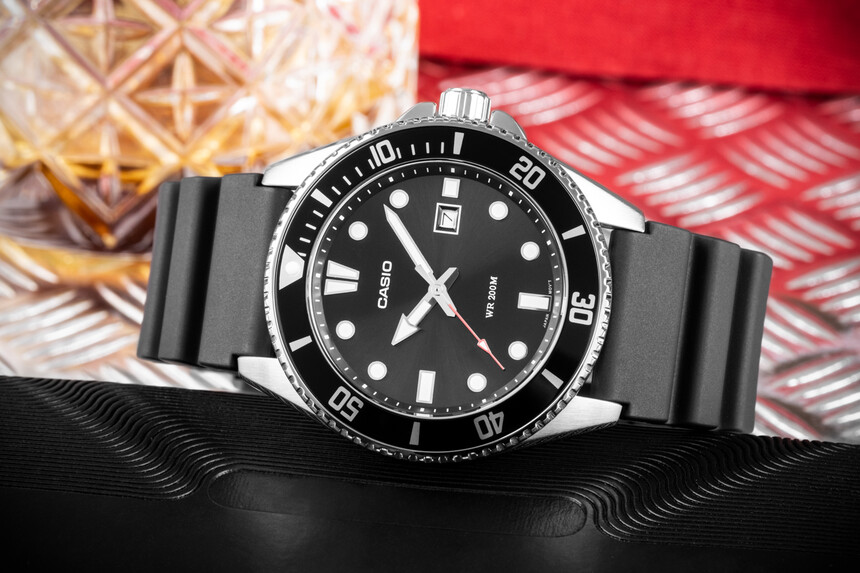 This watch is simply jaw-dropping. It offers water resistance up to 200M, which is supported by a screw-down crown and a protected, screw-down crown, excellent readability, and even a rather nice treatment of the case and dial with a subtle sunburst. And they don't even ask for a tenner for it. That's just Casio.

The only thing - with a diameter of 44 mm, they are a bit larger and may not fit especially men with slimmer wrists. In addition, the stronger resin strap could tend to stick out on smaller hands, so we recommend trying the watch before buying.

The original MDV-106 Duro was nicknamed the Marlin (after the fish on the dial and the swordfish-like back case), but was discontinued by Casio due to licensing of the logo. The new version of the MDV-107 is therefore without the fish, but makes up for it with two new color combinations - the popular Pepsi (red-blue) and Batman (black-blue).

The Invicta Pro Diver became somewhat of a little legend in the approximately 30 years of its existence, which has earned its place on the pedestal of available divers mainly due to its similarity to the Rolex Submariner. This in itself would not exactly contribute to their popularity (well, maybe rather the opposite), but the Pro Divers were able to defend themselves with quality, durability and workmanship. Here, the bicolor Invicta Pro Diver 8927OB is clearly the most popular. 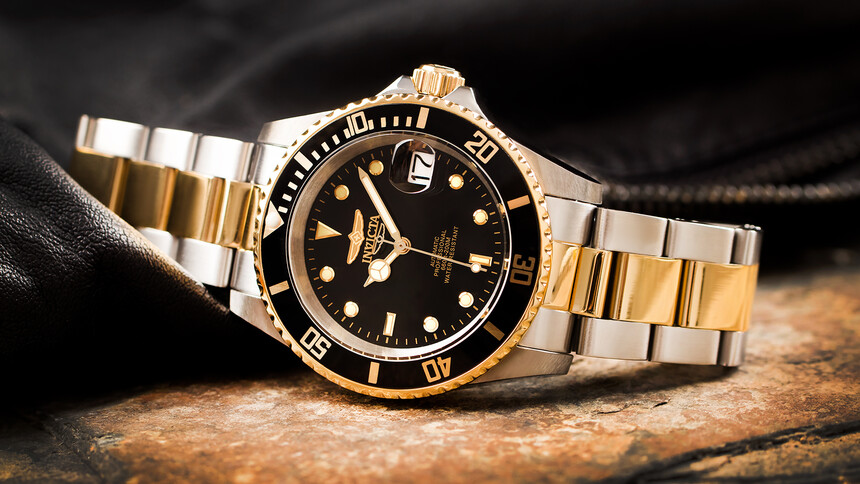 The classic and functional ala James Bond design in a smaller case diameter of 40 mm looks simply sensational and will stand out both by the pool and with practically any outfit, elegant or sporty. There are also gentlemen who wear them with a suit, but of course we do not recommend that.

In addition, the reliable Seiko NH35 mechanical movement runs inside, the screw components guarantee 200 M water resistance, and the polished treatment of the case with brushed surfaces or the oyster bracelet with full links will definitely please you.

I like the brand, I own four INVICTA watches myself, all quality machines. The Pro Diver works flawlessly, it's well made, I can't fault anything on the technical side. The only thing that makes me a little sad is the size of this model. They should have been bigger, because of their similarity to the model from f. Rolex, I would have expected them to be a little bigger. Sometimes it occurs to me that rather the women's versions of such watches should have this size. – Avidan.

Another champion in terms of great parameters for an affordable price tag is the Japanese Orient. And the brand deepens this recognition with the Orient Mako XL divers, which have earned a good reputation in the watch community. 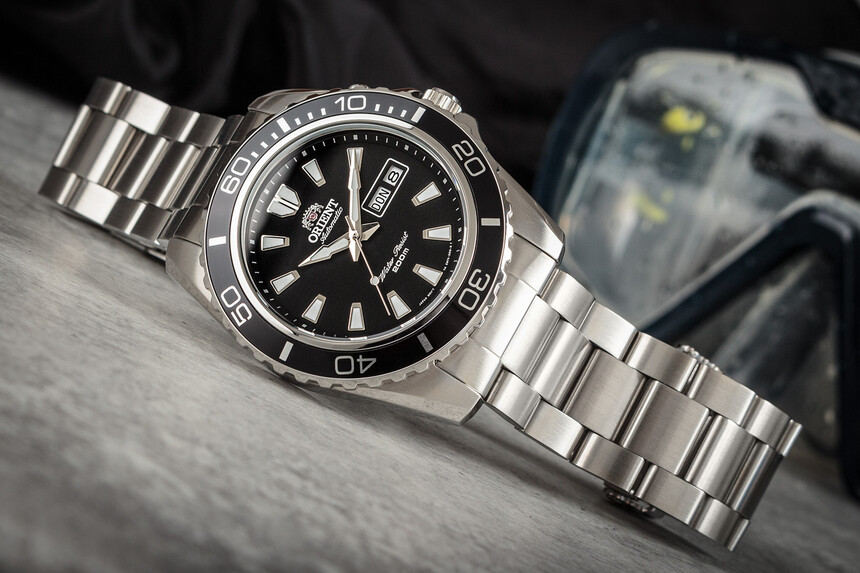 In addition to the successful, typically diving design, this first generation of Mako's won us over, of course, for its durability, screw-down crown and crown, and above all for the fact that the automatic movement (caliber 46943) is in-house (the brand manufactures it itself).

The movement has a standard reserve of 40 hours and a Day Date, but unfortunately it does not have hacking (stopping the second hand when setting the time, which allows you to set the time exactly to the second) or the possibility of manual winding (so that after you leave the watch for a few days, you will have to swing them about for a while to get them running). This, I think, we could forgive them for their favorable price tag (here I exceeded our set limit by a hundred, but I hope you'll forgive me) and its other positives.

Orient released "Mako" already back in 2004, but the fans only gave it that name later on. Legend has it that the nickname originated on watch forums because of the depiction of a dolphin on the watch strap. The picture was more reminiscent of a sharpnose shark, or "Mako" shark, the fastest shark in the world. And today, no one could possibly take this nickname away from the watch.

Festina is also a pretty strong player when it comes to the combination of reliability, availability (and design attractiveness). And the Festina Automatic 20531/5 divers are a shining example of that. 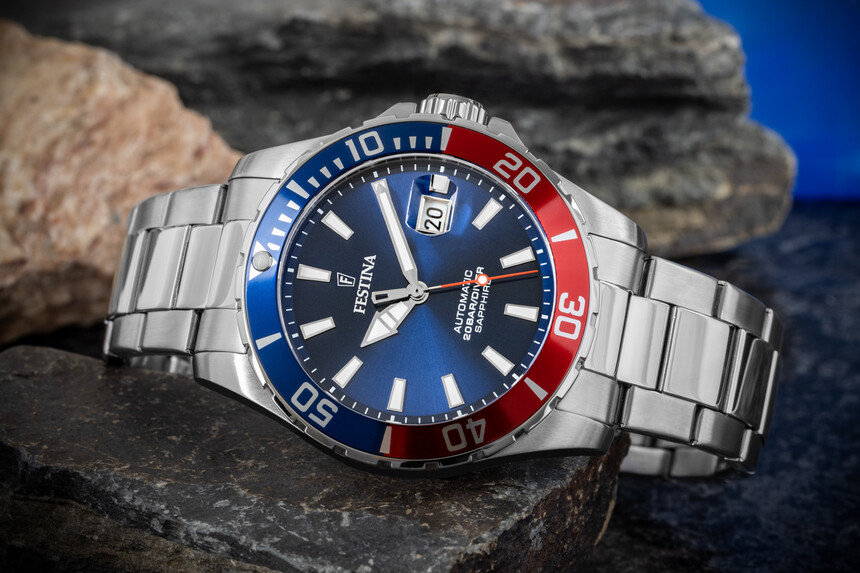 These "Pepsi's" not only have a beautiful design, screw-in components and two-hundred-meter resistance, as befits and belongs to proper divers, but also a mechanical movement (from Japanese Miyota) and a sapphire crystal. These are features that in this price category would be surprising in themselves. But also look at the processing, at the sunburst on the dial, at the shine and grinding of the steel surfaces. In short, this watch simply did the trick.

Few people today know that the history of the originally Swiss Festina is quite long. It was established as early as 1902, so it has a nice tradition behind it. Over the years, it changed hands several times until the turning point in 1984, when the brand was bought by Spanish businessman Miguel Rodriguez. Festina then changed both the headquarters and the direction of the brand and watches.

I included the Swiss Made Wenger Sea Force watch in the selection of the most available divers, not because they are one of the best-selling and most popular (which is usually one of the rather important criteria), but because they are neglected, even though they rightfully belong here. 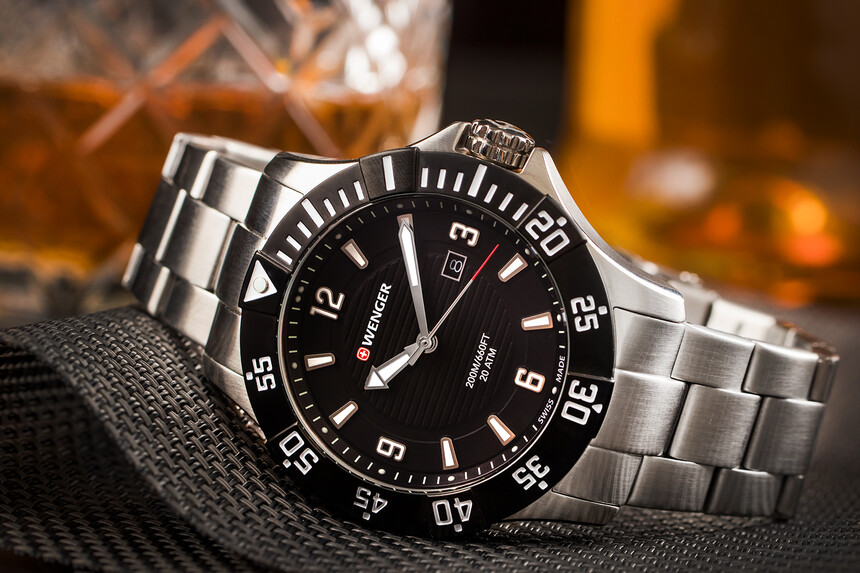 In addition to the parameters that allow you to dive with the watch, the most eye-catching is the more robust, even "technical" appearance. The rougher design of the wide bezel with angular protrusions and the dial with ribs underlines the unrounded style of the numerals. They are distinctive, contrasting and perfectly legible.

The mineral glass then received a sapphire layer, which increases its resistance to scratches, which is definitely useful.

These Citizen Promaster Marine NY0086 divers truly reign supreme in their price category. And why? They are one of the cheapest automatic divers on the market that meet the strict ISO 6425 standard for diving watches. 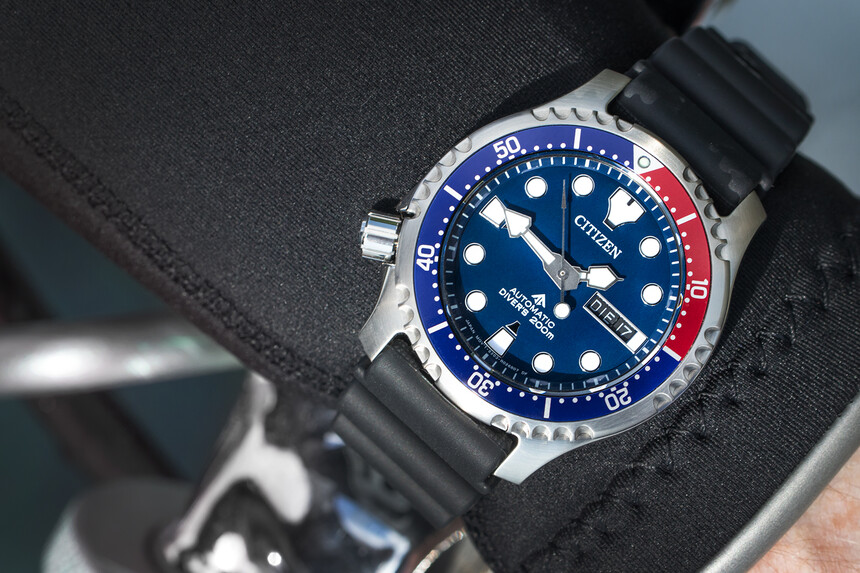 A colleague of mine called them "geniusly simple divers" and he quite hit the mark. It is a purely functional instrument with 200M water resistance (although in reality they should last more), an unidirectional rotating bezel in the traditional Pepsi design, great legibility and the automatic movement 8204, which has served Citizen diligently since 1977(!). A power reserve of 42 hours is such a standard, but to demand even more from this watch, we would probably move into the category of science fiction.

"The 60-tooth bezel is a big plus for me. It fits exactly with the indexes, has no big play and is very easy to control. In addition, the "bitten" design of the bezel gives the watch the right twist and evokes in me images of a close encounter with some sea monster. I quickly replaced the slightly unyielding but otherwise quite comfortable rubber strap with a NATO one. My favorite combinations are blue and red, and they give the watch a completely different dimension." - colleague Honza, one of the most knowledgeable people when it comes to watches around :) 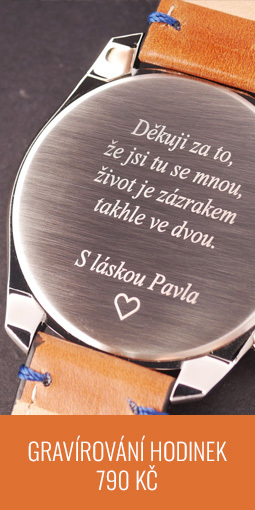