Swatch – The story of a company that saved Swiss watchmaking

Many have probably heard of the famous Swatch watch brand at least once. Perhaps some know Mr. Hayek as one of the saviors of the entire watch industry in Switzerland. But even the biggest watch enthusiasts often do not know the whole story of this remarkable watch manufacturer. Let's look at everything together from the beginning. 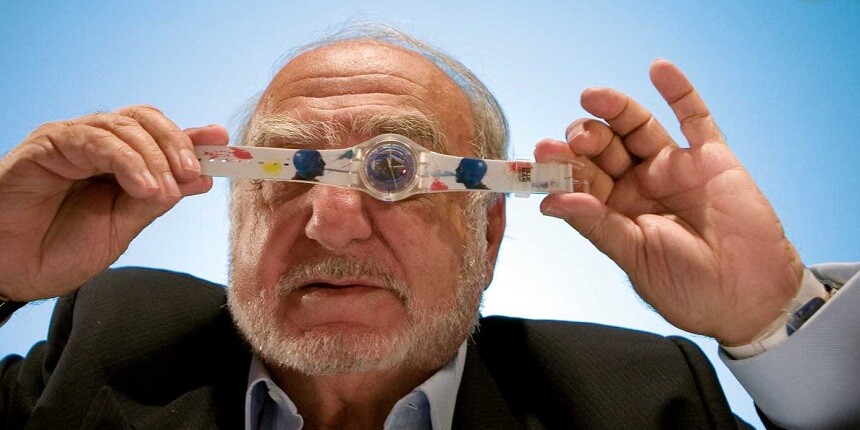 Born in the 1980s, but also remembers the Great French Revolution

In 1735, Jehan-Jacques Blancpain opened a watchmaker's workshop on the second floor of his own house and registered as a watchmaker in his hometown of Villeret. He founded the oldest existing brand of watches in the world. He called it Blancpain after himself, and for almost another 200 years of success and failure it remained in family hands. If that remained, I might not have written this article as a result. 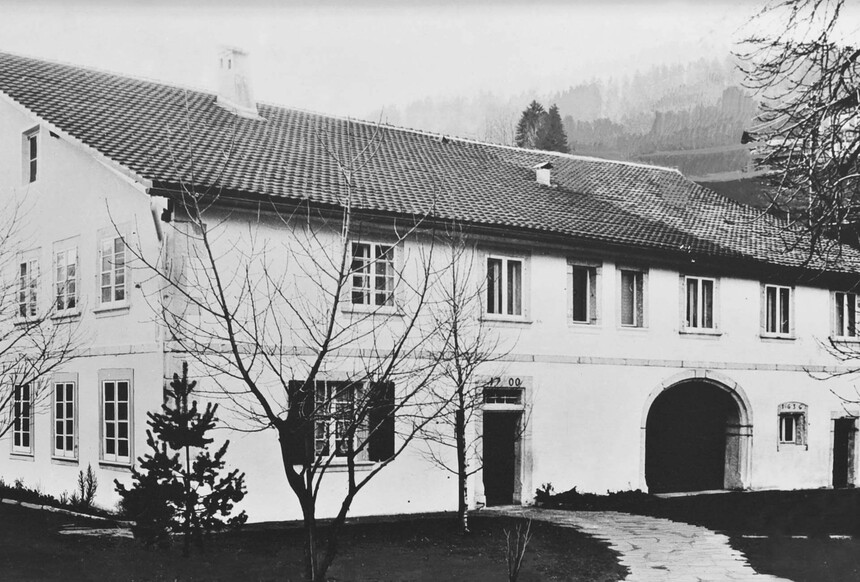 Blancpain established his workshop on the floor of his own house. The company remained in family hands for 7 generations. To this day, it boasts the title of the oldest watchmaking brand in the world.

Exactly 40 years after Blancpain, Abraham-Louis Breguet opened his Paris workshop, today a legend in the field who is responsible for such innovations as the tourbillon. He became a celebrity during his lifetime, and his works were admired even by the French royal couple themselves.

One of the most famous pieces from his workshop is the Breguet No. 160 watch, which was made for Queen Maria Antoinette by her friend and probably a lover, the Swedish Count Hans Axel von Fersen. They are unique in the number of complications, there are 23 of them, and to this day it is the fifth most complicated mechanical watch in the world.

The dial made of glass is also interesting and progressive, so it is possible to observe the movement through it. The queen herself allegedly came up with the idea. However, the above-mentioned masterpiece was not completed until Breguet's son, in 1827, 34 years after Maria's death. 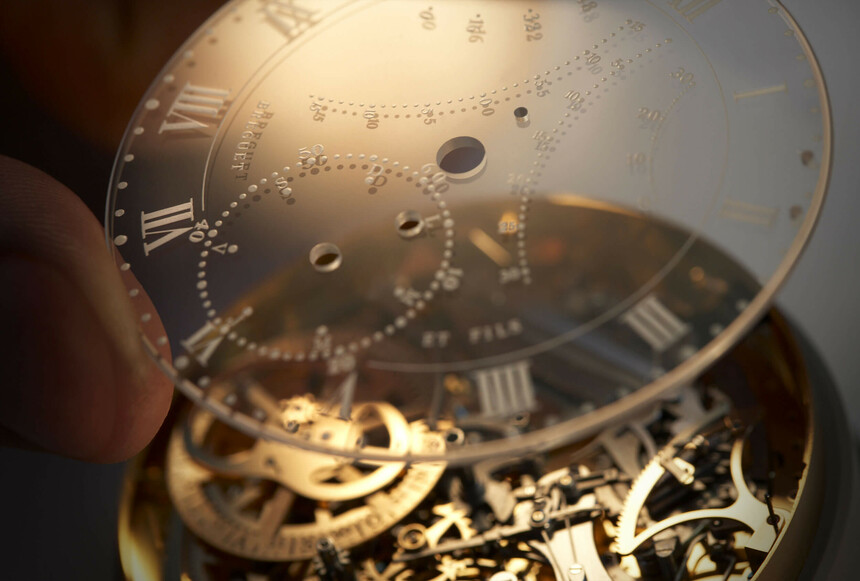 Breguet No. 160, known as Marie-Antoinette, is one of the most sophisticated watches in the world. In 2004, N. Hayek called on Breguet watchmakers to create an exact replica. Source: Breguet.com

But why am I talking about Blancpain and Breguet? The article was supposed to be about the history of the brand, which was created more than two centuries later, to be exact in 1983. However, it's not just my assumption that much of the success, that we could credit Swatch for lies in the entire Swatch Group. It includes Blancpain and Breguet, as well as Omega, Jaeger-LeCoultre, Tissot, Certina and others.

I like to use the analogy with Volkswagen. Different brands in the group use some common components. At the same time, however, they retain their identity and corporate ideology. It is also generally true that the higher within the hierarchy of the association the manufacturer is, the more of the car (in our case from the watch) is its own production. Yes, Swatch is only a young man in the world of watchmaking, but its subsidiary producers could tell the oldest of us.

The road to fame

How did Hayek manage to create the largest watch empire in the world from almost nothing? We must first focus on the state of Swiss watchmaking in the 1970s and 1980s, because the so-called quartz crisis was under way.

It all started, albeit inconspicuously at first, when the hitherto lesser-known Japanese brand Seiko came to market with its Astron model at Christmas Day 1969. This was the first quartz movement wristwatch that was for sale. With a price of over twelve hundred US dollars at the time, the watch competed more with cars, but the imaginary Pandora's box was opened. And in the following years, watchmakers (primarily Japanese ones) began to compete to develop the most accurate and cheapest quartz watches.

In 1969, the Japanese Seiko introduced the first over-the-counter watch with a quartz movement. This started the so-called quartz watch crisis. But even if it weren't for Seiko, someone else would soon come ...

The Swiss, who had been perfecting mechanical movements for centuries, ceased to be able to sell their objectively worse, more obsolete and more expensive timepieces. Some came with their own quartz watches, while others created the little-known Rolex Oysterquartz. Others have never "reduced" to it, but thanks to their prestige, they have survived, specifically I mean Patek Philippe. The rest simply disappeared, or was approaching the limit of extinction.

But you have probably guessed correctly that the story did not end like this and Swiss production is not in the abyss of history. The mentioned Nicolas Hayek comes on the scene. He was asked by a group of Swiss bankers from the 1980s to help them liquidate two groups of watchmakers, SSIH and ASUAG. But Hayek had a vision. He believed that the watch industry in Switzerland still had potential. 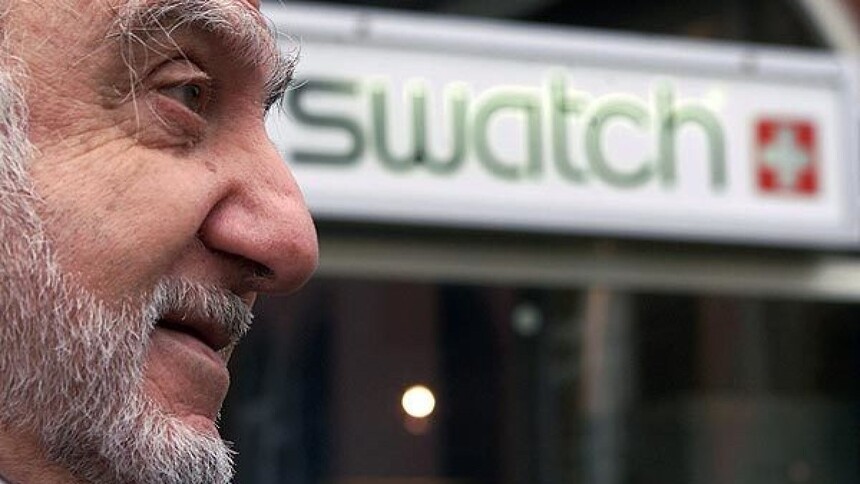 Nicolas Hayek believed that Swiss watchmaking has a future even in the time of quartz watches.

He managed to convince various investors, which sounds obvious, of course, but from the point of view of that time it was an incredible success. He immediately began to modernize production, development and, most importantly, marketing across all brands from both groups. And it worked. He saved them from immediate destruction, but it was far from won. Poor corporate governance undoubtedly contributed to the problem, however, the problem was elsewhere, in the already mentioned Japanese competition.

Hayek needed a new product, something that would bring vitality again and rejuvenate Swiss production. And that was to be the Swatch watch (soon the whole brand). What were they revolutionary in? I could start talking about their technical sophistication and progress. For example, it was the first watch made completely automatically using machines, without direct human intervention. This and other innovations have succeeded in reducing production costs by around 80%, without compromising accuracy and quality. 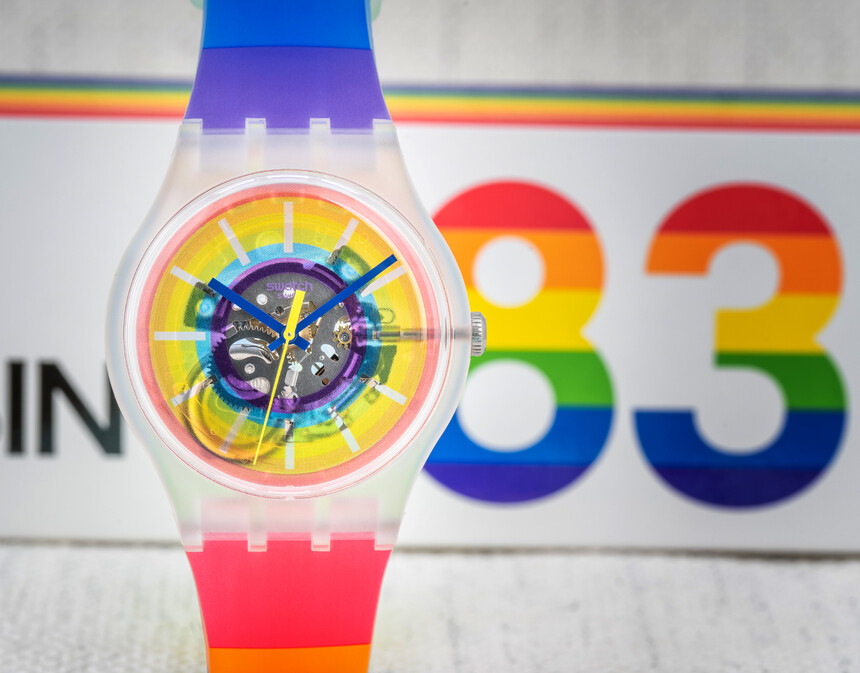 However, I see something else as the main thing, they came up with a new mentality, what they are intended for, who they are for ... The name Swatch itself follows from that. It is not just an abbreviation for "Swiss watch", as people commonly think, but above all for "second watch". They were intended as a relatively affordable fashion accessory, I would also call them consumer goods.

"Swiss watchmaking is not just about luxury watches. Swatch is as valid as Breguet! On the official occasion, I donated a watch with diamond tips to the Queen of Spain. I still remember the disappointed look on her face. Because they came from me, she hoped for Swatch!" Nicolas Hayek

Swatches were not supposed to replace the only watch that one had, they were supposed to complete the wardrobe. Gradually, Swatch watches could be purchased de facto in any colour, shape and with various functionalities. Everyone was able to chose, often a few pieces. If a problem arose, new ones were acquired. 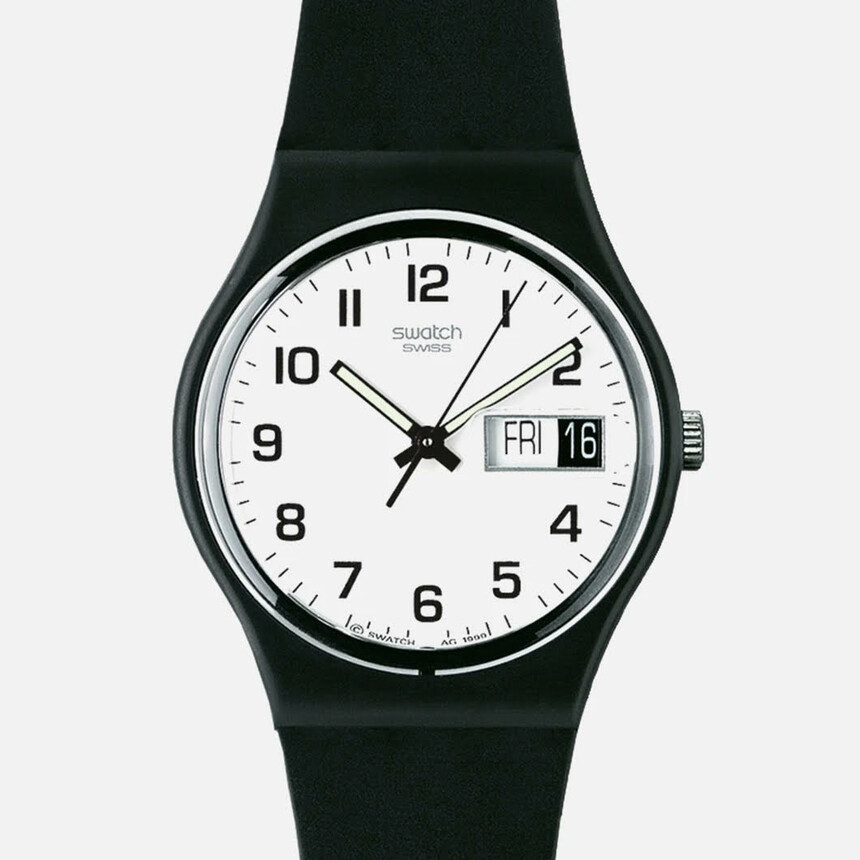 Swatches were supposed to be "second watches". When you lost them or another problem occurred, you simply bought new ones.

I sincerely believe that Hayek himself did not have such approach to watches, he loved them more than anything else. However, he knew that not everyone was like him, not everyone appreciated the precise workmanship of every wheel, screw, ruby. And in order for this beautiful world to survive, he had to point it out differently, even with a fashion accessory.

He succeeded, building a huge not only business, but primarily a watchmaking power ranging from the Flik Flak children's watch to the perpetual calendars in display cases on Prague's Pařížská Street or even in Paris itself on the Champs-Élysées. 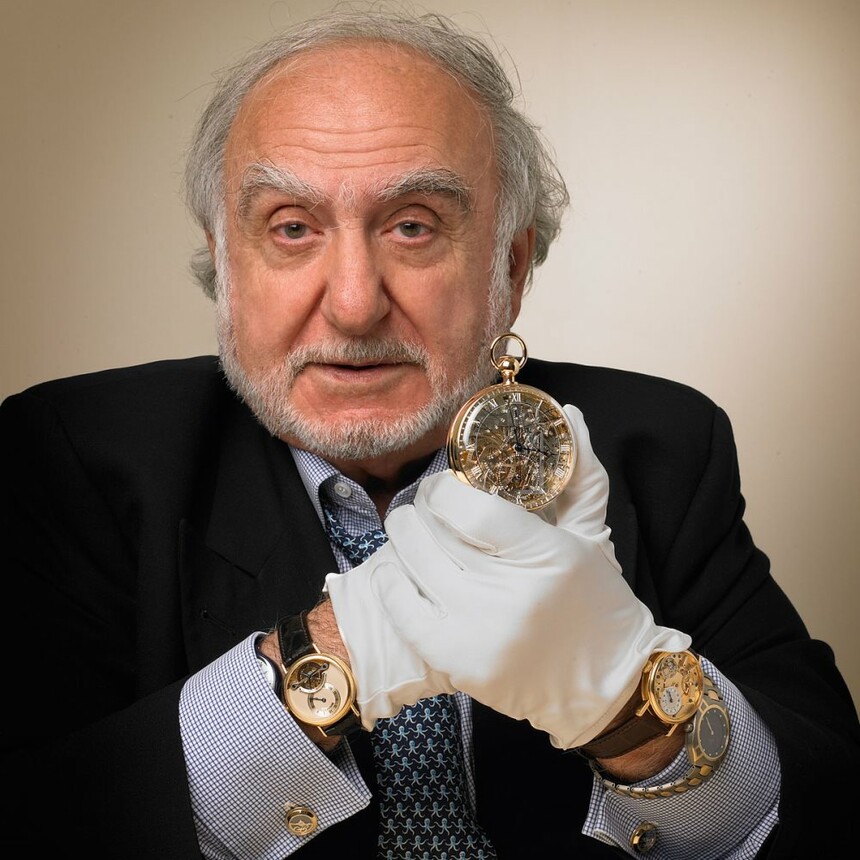 And the quartz, which was perceived as the future, is itself obsolete today and is considered by watch lovers more as a "secondary" drive for timekeepers. Personally, I think it's not always quite right, even quartz machines can be interesting at the very least, I point out, for example, the 9F machine from Grand Seiko. However, I understand why some claim that it has no soul, it is cold…

Swatch today. And where to go next?

Nicolas Hayek has died more than 10 years ago. Swatch is led by his equally capable son  with his sister Nayla. The company is thriving, still growing. In addition to watches, they also produce luxury jewelry after the purchase of the famous American company Harry Winston from New York.

They also experiment in the field of electrical engineering. It supplies machines of its ETA brand all over the world, to large associations and small independent workshops. However, I cannot help feeling that Swatch is only riding the wave of its initial successes. It doesn't come with anything new. From time to time, the group's brands will introduce a different model. Namely, for example, Tissot does not rest on its laurels. However, Swatch itself has not shown anything really new in my view for the last almost four decades, and it cannot last forever.

"In Switzerland, we produce watches in 165 factories. Smart comes off production lines in France. And that's not all: our new company Belenos will set up the infrastructure needed to produce clean energy. I'm an optimist. Some would say crazy." Nicolas Hayek

I ask the question one more time. Where will it go next? If I'm right, I don't know. I just hope and believe that somewhere. Maybe there is no threat of a second quartz crisis, or a crisis of some other alternative watch drive. Rather, the entire watch industry will disappear. But it will take a while, at least. And I believe that from a human point of view, it is eternal. 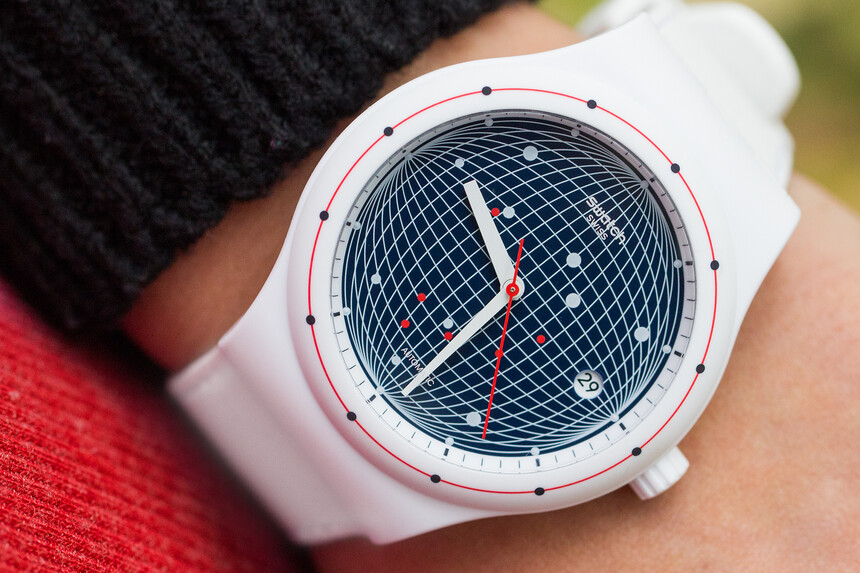 However, the problem will certainly come, whether in the form of a competitor on the market or something unprecedented. It's only a matter of time. Now Swatch is not ready for it by far. On the other hand, a problem is exactly what is needed. The crisis forces adaptation, and therefore innovation.

Swatch is without a doubt the king of the watch world. Whether it will remain so for years to come will only show time. But one thing is for sure, without it the world would look very different.

Nicolas Hayek (1928-2010) was an entrepreneur who managed to resurrect many watch companies. In 1983, he founded the Swatch brand, after which the entire group received its later name. He was known for his direct views and showmanship. "Yes, an entrepreneur creates products, wealth and employment by overcoming obstacles, but an entrepreneur is also an artist. Everything depends on the pleasure of creation. I haven't worked in an hour, I've had fun my whole life! "