Apple Watch to get advanced running metrics and wattage measuring

We are somewhat used to the fact that Apple is reigning the smartwatch market in the smart functions category. But the fact that it now excels in the field of advanced running metrics is quite a titbit – pleasantly juicy for users, not so pleasant for other manufacturers. 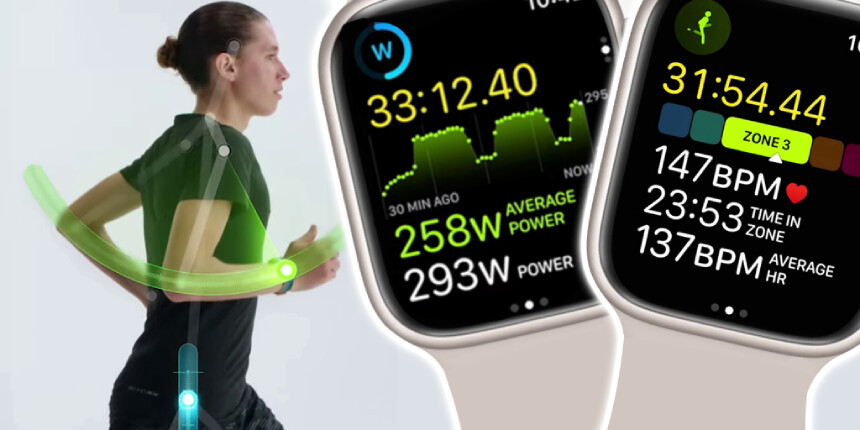 Here and there, Apple rolls out an update that entirely changes the very soul of the Apple Watch. And in my opinion, this is one of them as there have been added some sports functions, which we were more used to see at pure sporttesters from brands such as Polar or Coros.

Here is verything that's coming in the new watchOS update: 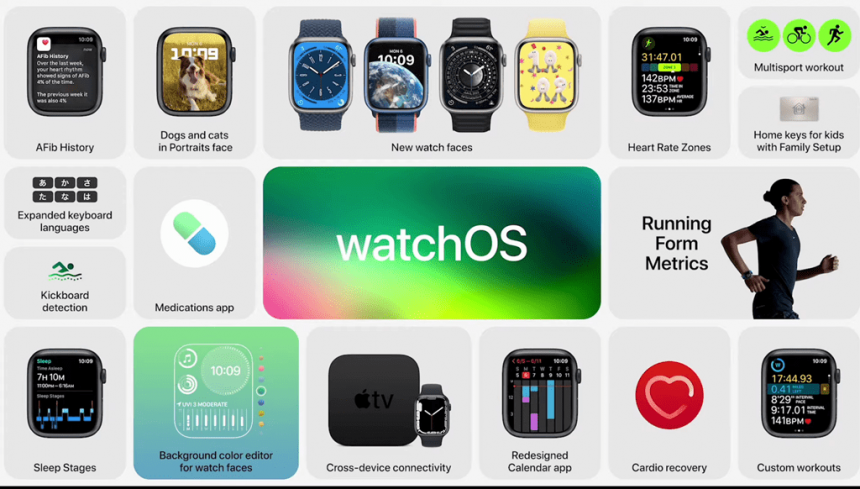 Running economics are really important, and Apple is well aware of that. Other brands are able to measure these metrics using a chest strap or foot pods, but Apple is the first to do it right from the wrist.

It is true that Samsung was able to measure some of these values from the wrist as well, but there it was a little bit... Abstract.

Vertical oscillation is measured with the help of a gyroscope and an accelerometer, which determines the rise and fall of your torso based on the rocking motion of your hand. 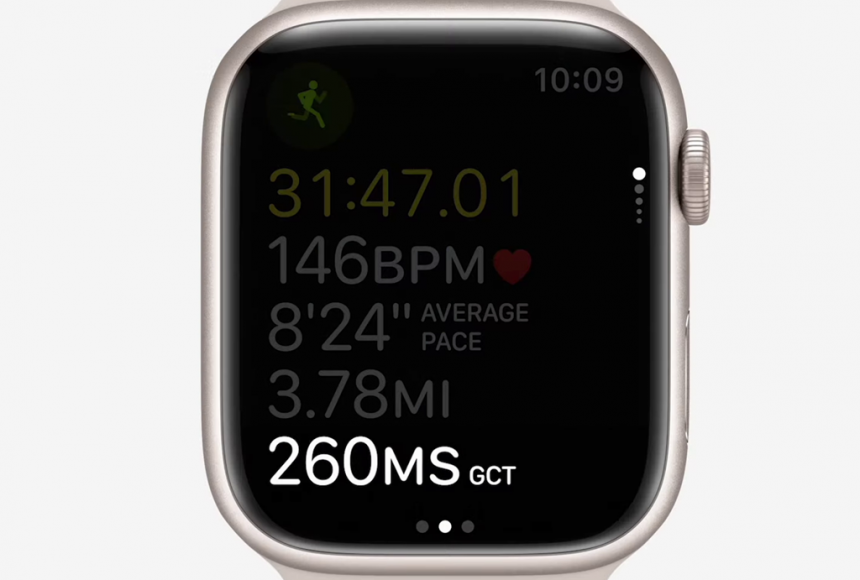 The step length and contact time with the ground are also measured on the same principle.

Wattage measuring from the wrist?

Some may know this from cycling, but watt measuring is gradually seeping into the running world. It is an expression of our performance. The advantage is that we can monitor the change in our performance in real time. 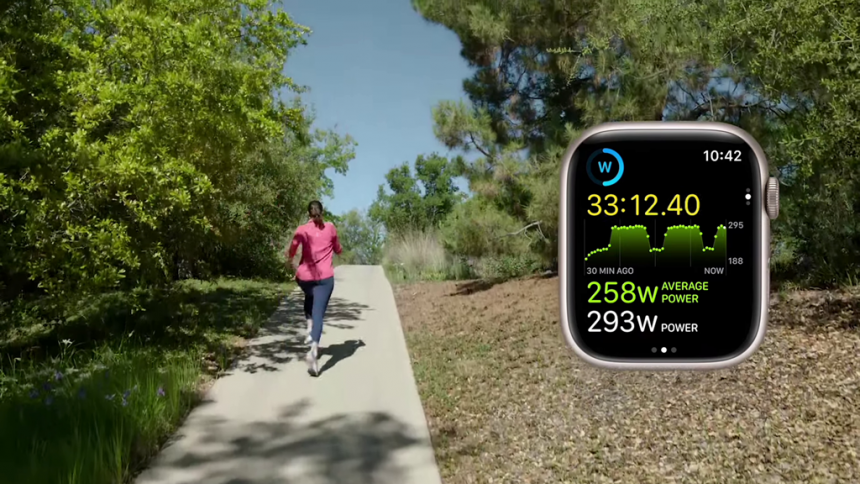 Graphic expression of heart rate zones and creating your own training

A bit of a minor novelty is the graphic representation of heart rate zones in the monitoring of sports activities.

Creating your own training is also related to heart rate zones. If you want to plan your training according to different intensities, you can manually set the overall training structure directly in the watch. 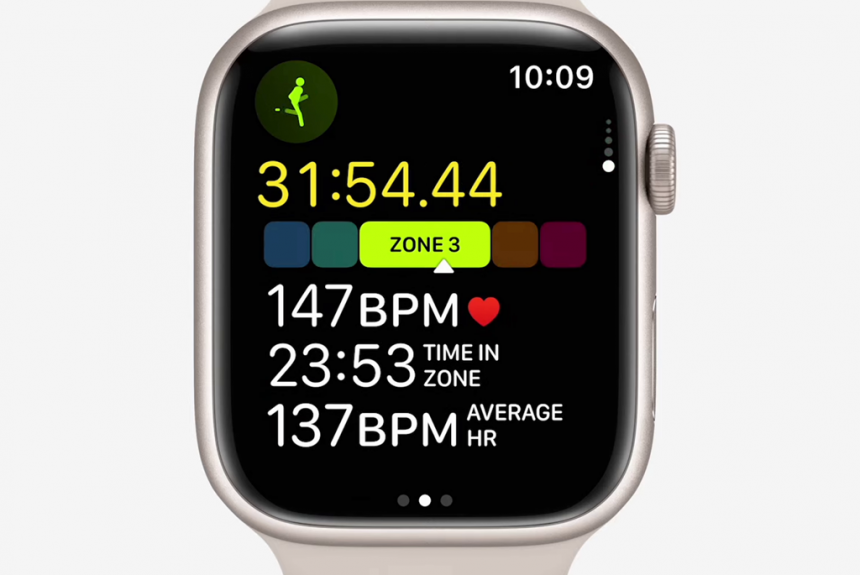 In addition, you can also set various alarms for heart rate, cadence or tempo. Apple Watch then notifies you if you surpass the given range (eg heart rate max. 140). 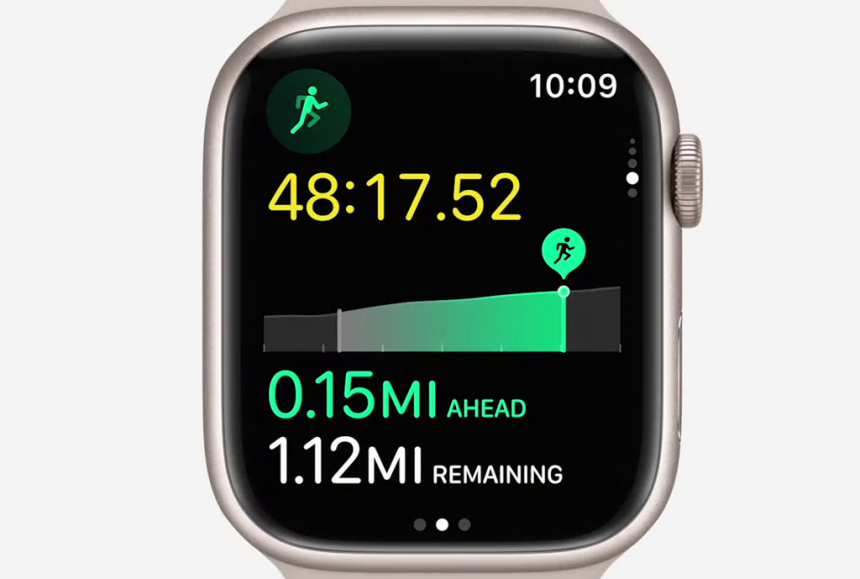 With the phone app, it was possible to monitor individual phases of sleep, but now the Apple Watch offers it right in the watch itself. 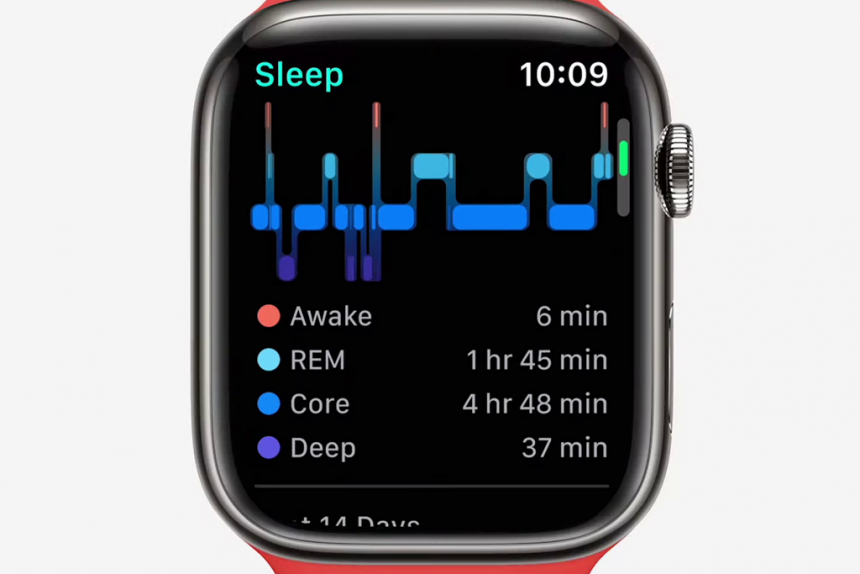 Automatical transition between sports in triathlon

As part of triathlon monitoring, the watch can now detect which sport activity (running, cycling, swimming) you are currently performing. At the same time, they record the time when you transition from one sport to another.

From a sports point of view, a lot has been added, however, there is also: